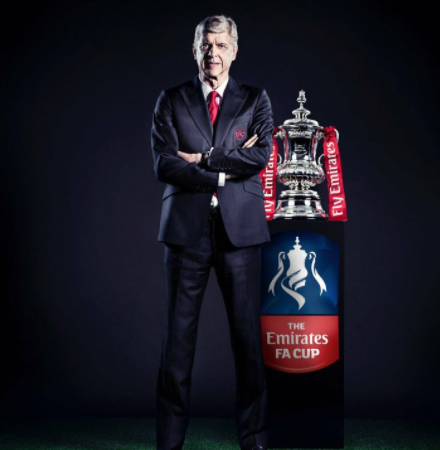 Arsenal won the FA Cup for a record 13th time in a thrilling final by defeating 10-man Chelsea Saturday evening. The result means Arsene Wenger is now the most successful manager in the competition’s history with seven victories.The Gunners took the lead in the fifth minute through Alexis Sanchez, but the linesman had his flag up for Aaron Ramsey, who was stood in an offside position.Ramsey did not touch the ball, allowing Sanchez to run through and slot in. And as expected, Arsenal fans are already on social media tweeting with the hashtag #WengerIn