Social media users have been reacting to the viral reconciliation video of Tuface’s wife Annie Idibia and his baby mama Pero Adeniyi (read here), and what caught most people’s attention was “Pero’s breast”.

Pero had on a mesh top and no bra beneath in the video and social media users had a lot to say about it.

Some condemned her for wearing such. Other’s pointed out that Tuface was so intent on resting his head on her breasts as he sobbed following the reconciliation. But a lot of people were fascinated by the state of her breasts and complimented her for having such boobs after giving birth to 5 kids.

Most of the reactions are really amusing and can be seen below. 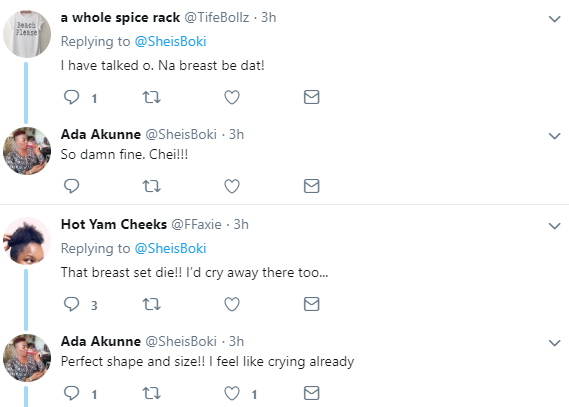 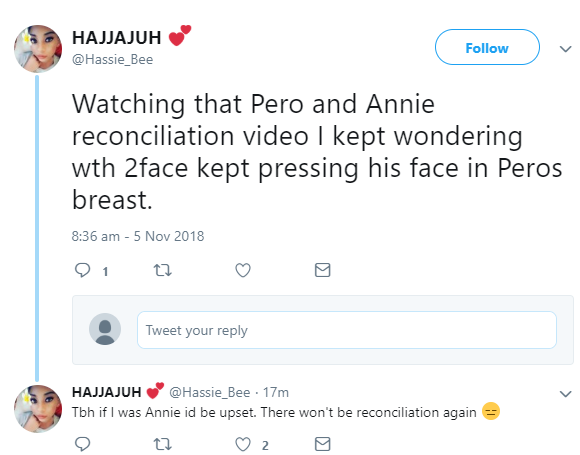 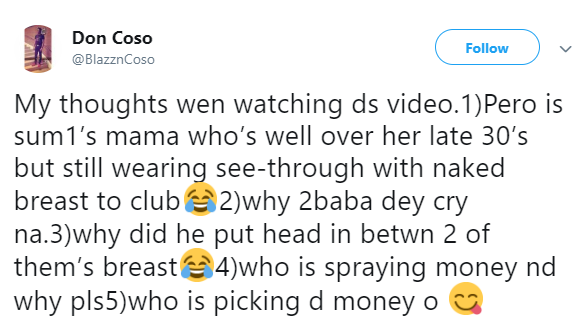 Ice Cube gets a Star on the Hollywood Walk of Fame

Waje is the Cover Star for Vibe.ng Magazine’s June 2017 Issue